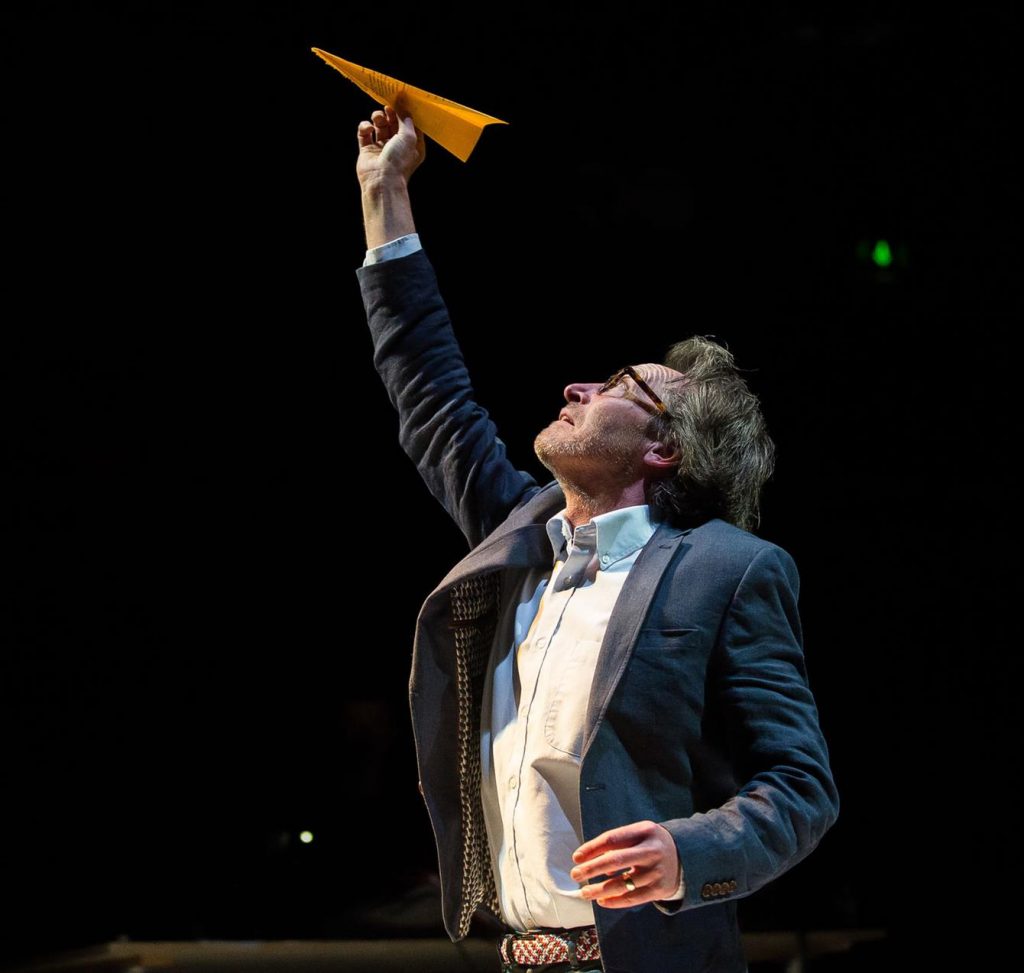 When a journalist is sent a flash-drive containing critical evidence of illegal government activity, he is duty-bound to publish the story. But with the nation destabilised and divided, a sinister power is eroding the rule of law. What price will he pay for speaking out?

#WeAreArrested is the true story of a journalist’s commitment to expose the truth in the face of huge personal risks. This deeply moving play is a tribute to the bravery of journalists under threat around the globe.

Adapted by Pippa Hill and Sophie Ivatts from the book by Can Dündar , #WeAreArrested is a gripping play about fighting for truth in a network of lies.

#WeAreArrested was staged at The Other Place as part of Royal Shakespeare Company’s Mischief Festival 2018.