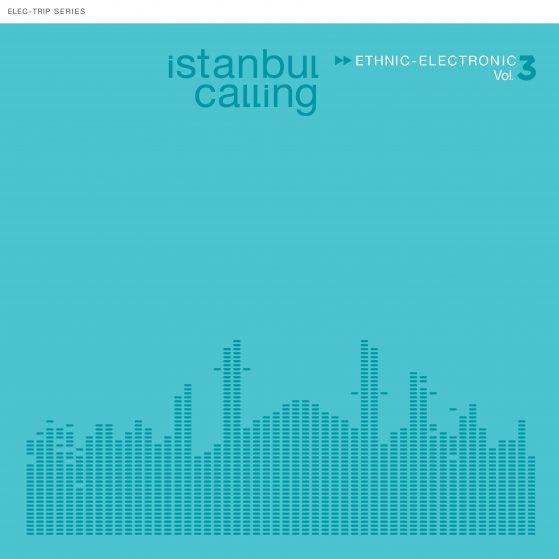 There are a total of thirteen songs, a mixture of instrumental, Turkish, English and Ladino tracks, in Istanbul Calling Vol.3. Eleven of those are by Oguz Kaplangi, one by Derin Sariyer titled “Yazilamayanlar Aklimda” and one by Dolunay Obruk titled “Istanbul Kafasi”. The latter two were arranged by Kaplangi.

“Little Bit of Istanbul” feature the vocals of Toussaint Liberator, whose solo album “Black Gold” received a favorable review in the Wall Street Journal back in 2010. Ozgur Ercan (aka Ozzie Baba) is the lyricist of this track.

“Dervish” features Eyyup Hamiş with his ney and “Can” features Ertan Tekin with his duduk, who give this instrumental tracks a poignant, even mournful quality.

“Her Daim” from Istanbul Calling Vol. 2 has been rearranged for the new volume. Hüseyin Bitmez’s ethnic melodies and Oguz Kaplangi’s lyrics get a dub makeover.

The award winning album cover was designed by Kamer Altinova from ÜBER, as in previous volumes.