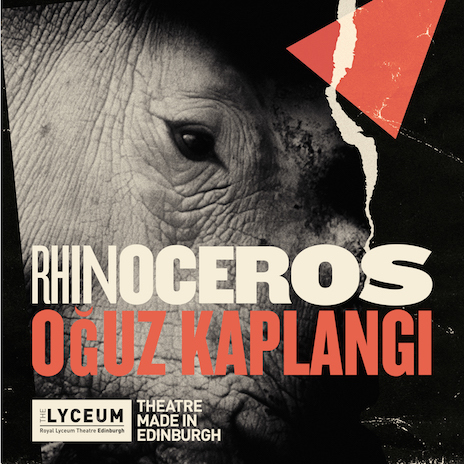 In readiness for the return of Zinnie Harris’ critically acclaimed adaptation of Eugène Ionesco’sRhinoceros, Elec-Trip Records is delighted to announce the release of the album Rhinoceros, which features music from the play performed and composed by acclaimed musician Oğuz Kaplangı.

Composed specifically for the production, directed by the celebrated founder of DOT Theatre, Murat Daltaban and performed by a diverse company of actors from Scotland and Turkey, Rhinocerosmarries traditional and industrial qualities, bridging cultures with instruments including guitars, synths, bendir by Oğuz Kaplangı, bagpipes by Scottish artist Annie Grace, and violin by Turkish musician Özcan Şenyaylar.

Speaking of the album, Oğuz Kaplangı said: “As a theatre music composer and performing musician, I believe the dynamics of music should be in sync with the nuances seen in the daily performances of actors. As such, the tracks, which combine acoustic and electronic elements, organic sound effects and traditional percussion, evolved with the run of the production. Theatre is an art form which enables great flexibility for the musician, and it’s been a wonderful experience of depth and flexibility, bringing the songs together in their final, evolved forms for this album, in which I hope people will find their own stories, as well as those from the play.”