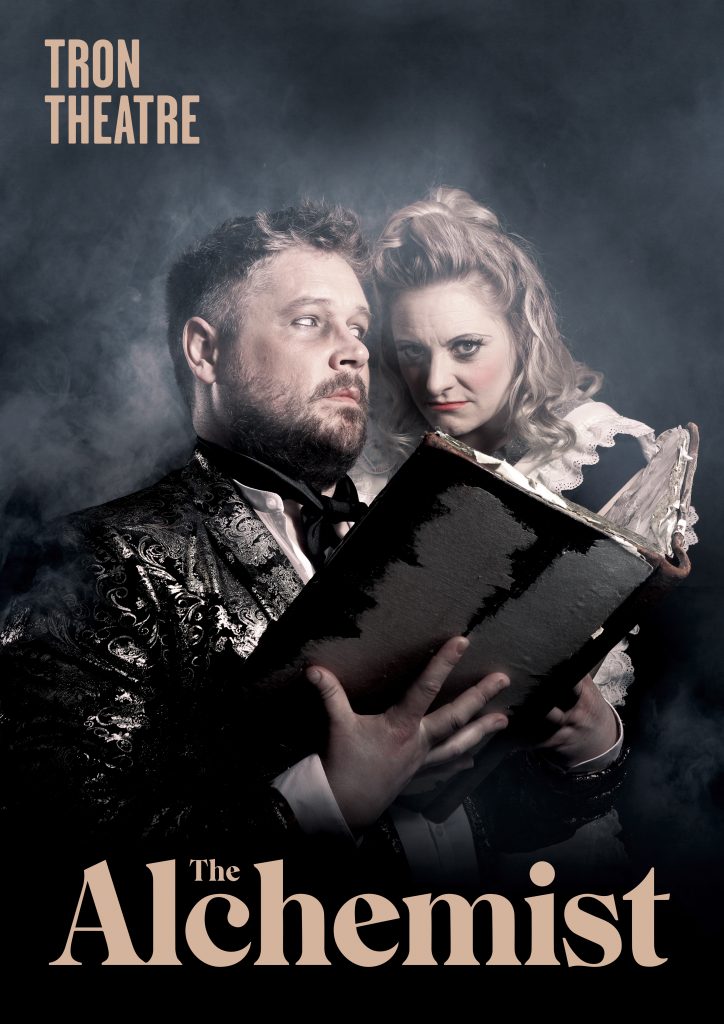 ‘Douse your hair in treacle, it will act as a thickener. Fill your underpants with sodium bicarbonate and vinegar.
Swallow a live goldfish, make sure it’s a wriggler.
You will be nervous, but no drink, not even a stiffener.
If you do these things you are bound to impress.
And the fairy queen’s magic will take care of the rest…’

So instructs the artful Subtle as he tricks another victim with talk of fairy queens and with his very own ‘Philosopher’s Stone’ at hand to change base metals into gold. His accomplice, the conniving Face, is cleaner of the house and these two rogues set themselves up as confidence tricksters while the master is away.

As money and gullible victims start rolling in it all starts to go very horribly wrong…acclaimed Scottish writer Gary McNair (A Gambler’s Guide to Dying, McGonagall’s Chronicles) has taken on Ben Jonson’s Jacobean farce, re-writing it in rhyming couplets and relocating it from London to Glasgow with brilliant comic effect.

‘Surely they’ll pull it off, oh they’re gonnae…
But the whole thing goes up the swanny!’