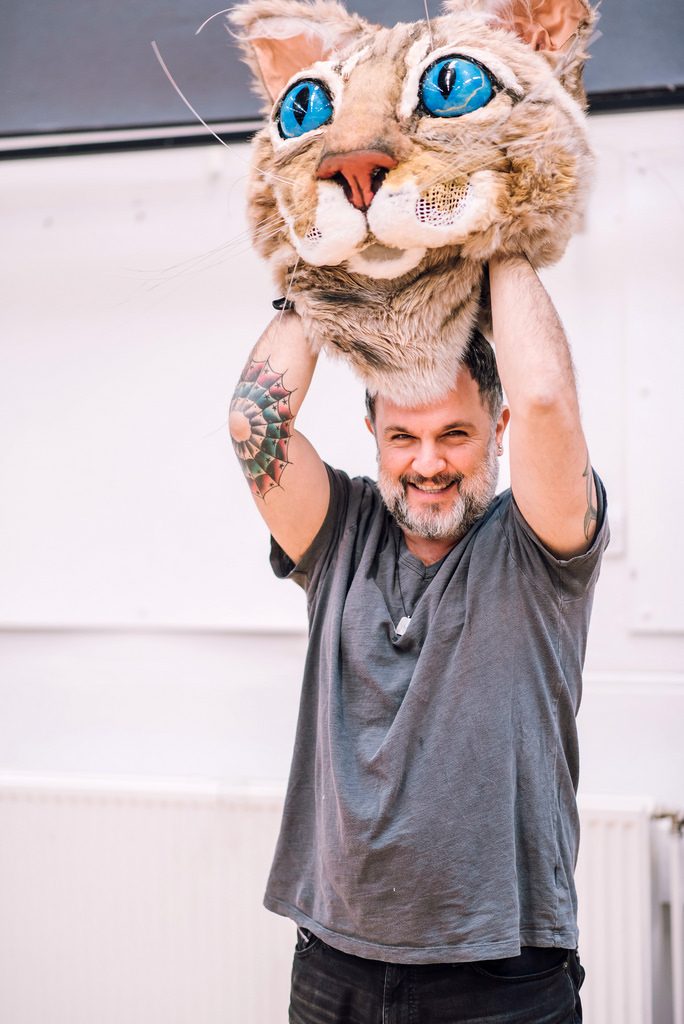 Eugène Ionesco’s classic 1959 play is an uproarious absurdist farce – and a chilling examination of conformism, nationalism, fascism and fundamentalism that has been compared with Orwell’s Animal Farm and Camus’s The Plague. It considers the countless ways in which humans are content to adapt themselves to new and horrifying circumstances, and give in to poisonous ideologies. Alongside its piercing political insights, it is comic, thrillingly theatrical and deeply human, focusing on the unlikely hero of the everyman Berenger, and the possibility of resistance to what might seem inevitable.

Speaking of the music he composed and performed, Oğuz Kaplangı said: “As a theatre music composer and performing musician, I believe the dynamics of music should be in sync with the nuances seen in the daily performances of actors. As such, the tracks, which combine acoustic and electronic elements, organic sound effects and traditional percussion, evolved with the run of the production. Theatre is an art form which enables great flexibility for the musician, and it’s been a wonderful experience of depth and flexibility, bringing the songs together in their final, evolved forms for this album, in which I hope people will find their own stories, as well as those from the play.

It was a pleasure to have recorded bagpipes with Annie Grace  and violin with Özcan Şenyaylar for the music of Rhinoceros.”

This production is presented in a new version by leading Scottish playwright, Zinnie Harris, directed by the celebrated founder of Istanbul’s DOT Theatre, Murat Daltaban.

A co-production between Royal Lyceum Theatre Edinburgh and the Edinburgh International Festival in association with DOT Theatre, Istanbul

a pitch- perfect soundscape, composed and mostly performed onstage by Oğuz Kaplangi. The fabulous use of sound and music only improves throughout the play, and it is striking how often the unsettling and masterfully composed soundtrack re-enters so subtly that the viewer might not notice its recurrence until it reaches an intense crescendo. Kaplangi also turns in perhaps the most unexpectedly memorable performance as a local cat, who saunters across the stage at the very opening and introduces the tone of the production perfectly.

… live foley and music on stage from Oğuz Kaplangı adds to this outstanding production.

The music and sound effects all come from one person sat off to the side of the stage, and they alone achieve more than entire orchestras do in other productions.

… the tabby cat, Oguz Kaplangi, who also plays the composer, is particularly engaging.